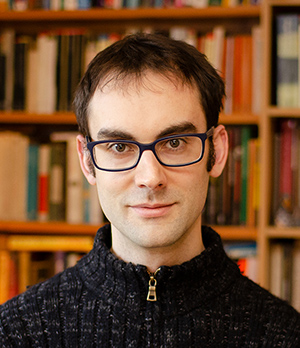 I'm also co-director of the Cosmoparticle Initiative. Previously I held fellowships in Oxford and Cambridge. I currently teach fourth year cosmology at UCL and am also highly active in public engagement. And I'm the lead author of some widely used scientific software.

I have a broad range of research interests at the interfaces between astrophysics, high energy physics, cosmology and computation. I am co-director of UCL's Cosmoparticle Initiative.

Our current theory of the Universe, built on Einstein’s general relativity, accounts for many observations to a high degree of accuracy. However, it describes a cosmos in which 95% is composed of dark matter and dark energy; the nature of both these components is unknown and, as yet, described only in a phenomenological way. Moreover, galaxies and other structures in the Universe are thought to have been seeded by an early period of ‘inflation’, the physics of which is also speculative and poorly understood.

To make progress, we must connect astronomical observations, laboratory physics, and simulations of structure growth. My research uses numerical and analytic methods to provide these links, in several strands:

Supported by grants from:

This course is open to people from UCL and other Colleges across London; it starts from the basics of general relativity and works up to a derivation of the major features in the cosmic microwave background and large scale structure.

Students can find all course materials on Moodle.

I am a Fellow of the Higher Education Academy. Previously, as a postgraduate and postdoc, I taught various maths and cosmology courses.

I regularly work with schools and science organisations to help bring the excitement of cosmology into STEM education.

You can find online archives of some of my work with organisations like the Royal Institution and TED-ED. I've presented for science festivals and for media organisations including BBC Radio 4 and World Service, New Scientist, Guardian Live, Discovery Channel and Amazon Prime Video.

I’m currently writing a broad-audience book entitled The Universe in a Box, which discusses cosmology and physics through the lens of computer simulations. It will be published in 2023 by Jonathan Cape in the UK and Riverhead Books in the US, as well as in translation by a variety of publishers around the world.

I am the primary author and maintainer of tangos and pynbody, codes for analysing the output from numerical simulations. Pynbody has been acknowledged in more than 250 publications across multiple fields. The GM Galaxies project has recently also published our initial conditions generator, genetIC.

You can reach me by email and twitter; or for code-related problems and queries, please open a github issue.